At the end of March, our very own legend Corentin Desbois will do an attempt to set a new world record, riding his snowscoot down the French Alps. His goal is to become the fastest human on the planet without the use of an engine. Of course, we will be there to support him on his road to becoming (even more) LEGENDARY. Take a guess what top speed he will reach and win one of our legendary prizes!

How legends are made 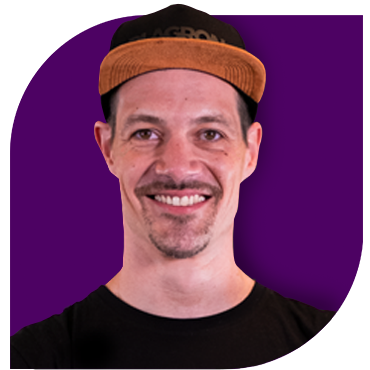 One man. One goal. One mission. Becoming a legend by being the fastest man on the planet without the use of an engine. Of course, Plagron is here to support him. Because: WE EMPOWER THE PASSIONATE TO BECOME LEGENDARY! And we are always searching for opportunities to take this to the next level.

Meet Corentin Desbois: 38 years old, owner of two grow shops named Culture Indoor in Béziers and Clermont l’Hérault and riding snowscoot in the South of France in a place called Pra Loup, one of the biggest ski resorts of France. Corentin was born in Belgium and spent his youth there with his parents and two brothers. His fascination for extreme sports arose at a very young age, so he became a fanatical BMX rider. One day, he discovered a picture of a snowscoot in a BMX magazine. It was on that day that a boy lost his heart. “I went straight up to my parents to tell them I needed to ride this thing.” From then on, his parents rented a snowscoot for him every winter. At the age of just 13, he had fallen head over heels with what soon became his biggest passion: riding the snowscoot.

“I have one goal: becoming the fastest human on the planet without the use of an engine.”

In 2001, Corentin and his family moved to France. They permanently moved into the house that had been their holiday home until then. To Corentin’s joy, they moved to winter sport paradise where he could ride snowscoot from dusk till dawn. Eventually, Corentin started looking for some mates to share his passion with. In 2003 he joined the snowscoot team in Pra Loup. “It was the only real snowscoot team with sponsors, since snowscoot is still a very small and unknown sport.” In 2004, Corentin took part in his very first snowscoot competition: the Pra Loup World Championships. From then on, he rode dozens of competitions every year, for seven years long. In 2011 he competed in a competition called Speed Masters for the first time and promptly set the snowscoot record at 151.490 km/h.

“I was having the best time of my life riding snowscoot with my friends, travelling around the world.”

Corentin studied mechanics for four years to become a mechanical engineer. This led to his first job, which (of course) was creating snowscoots. At the age of just 23, he founded his own brand: Dr. Jack. Under this name he started making boards, developing frames and creating snowscoots. Unfortunately, the market for this was too small, so he had to find something else to make a living. That’s when he opened his first grow shop. What followed were six years of hard work, without any snowscoot competitions. But there was good news too: he got to know Plagron! So, when Corentin made his comeback in 2017, we were there to back him up. And did he come back with a bang…the world speed record for snowscoot was still on his name on that time, and of course he improved it straight away to 168.382 km/h. That’s how legends are made!

“When I was young, my dream was to create snowscoots for everyone.”

But then… bad luck kicked in when in 2019 the weather and slope conditions were too bad for the Speed Masters event to take place. In 2020 and 2021 COVID-19 ruined the fun. On top of that, in 2020 Corentin broke his elbow during a training while preparing for Speed Masters. Since Plagron has got your back during the good AND the bad, of course we kept empowering Corentin during the last three rough years. But we are all more than ready to race again. Fingers crossed!

“Because of the situation around covid, I didn’t lose much that year. Except for a bit of health.”

Also, the last time Corentin set a record by racing downhill was in 2019 in Vars. The record he set that day was 178.430 km/h. Will he set the world record for all disciplines this year?

Check out videos of Corentin by swiping and clicking the images. All future videos made both during training and the event will be uploaded here as well.

Guess what top speed Corentin will reach on his snowscoot in km/h and win legendary prizes!


The prizes to win are:

You can take a guess from 7 February 2022 until the start of the record attempt in April 2022. 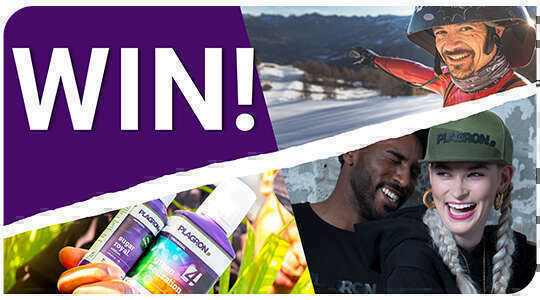 Oops! Entering more than once is not allowed.

We have received your guess. Fingers crossed!
We’ll be in touch if you've won.

Follow our socials to stay updated about the story of Corentin.
You will receive an e-mail with further instructions as soon as Corentin is ready to go.

The rules of our guess & win promotion are as follows: